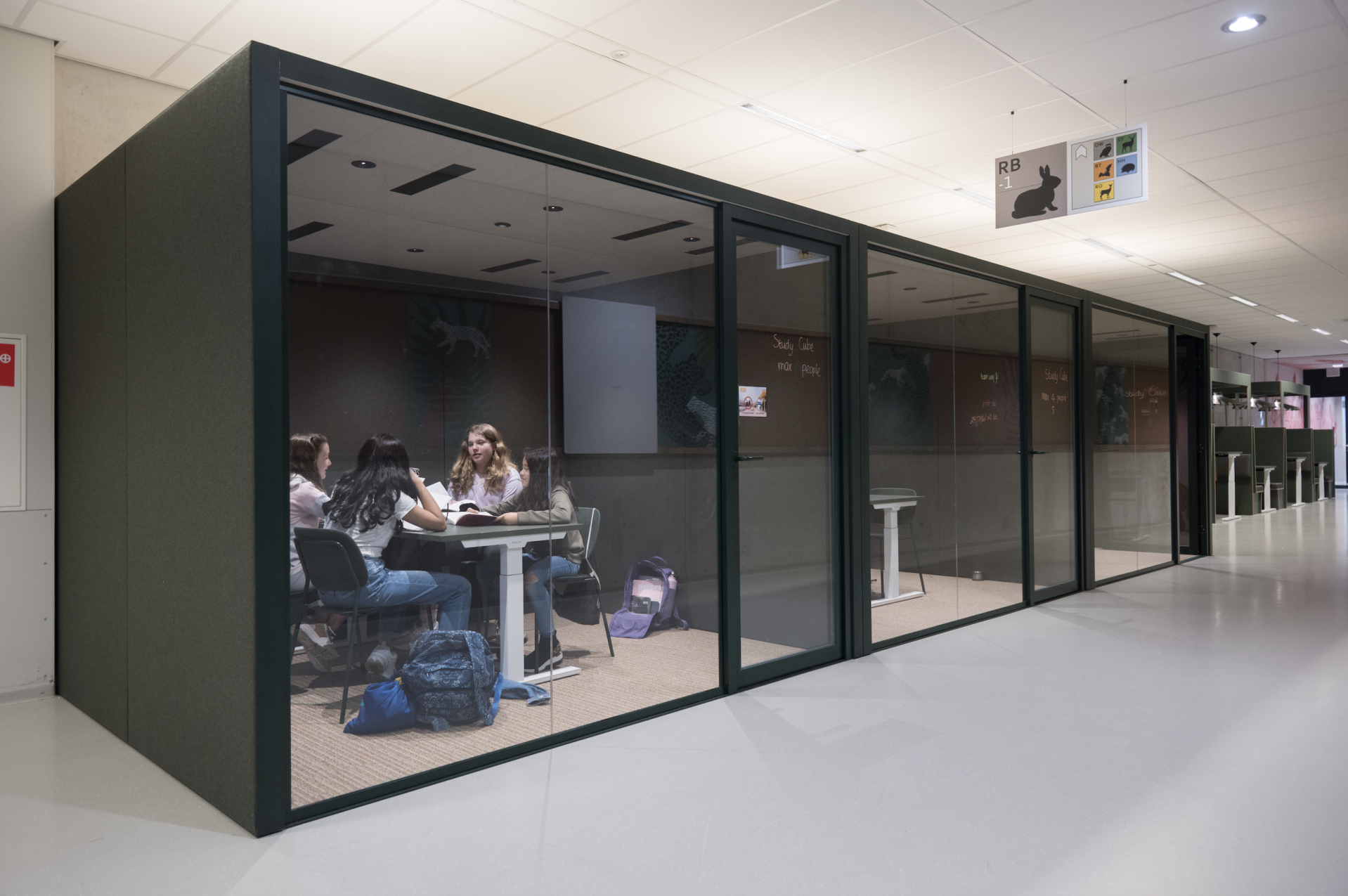 In 1964, the Philips Gloeilampenfabrieken N.V.’s Board of Directors advanced the idea of creating an International Primary School in Eindhoven and a decision was made to start up the Philips International School in September 1966. The school also opened its doors to students whose parents did not work for Philips N.V. and the school opened on 5 September 1966, with 28 students, spread across Dutch, English and French language streams. One year later there were 45 students and by September 1969 there were 65. It was decided to add a German stream for the 1970-1971 school year. That school year saw an enrollment of 109 students representing 22 nationalities.

To accommodate the growing enrolment, on 1 April 1975, the property on which the school was previously located – Humperdincklaan 4 – was prepared for construction and on 16 June 1975, students representing the 20 nationalities attending the school at that time laid the first stones. The construction of a school located on the Humperdincklaan put the school on a new path, which also entailed a name change. As of September 1975, the Regional International School (RIS) became a reality.

As the RIS grew and developed it produced graduates whose parents had a difficult choice: return to their home country for high school education or enter into the Dutch national system.  As a solution Phillips went into partnership with a large national high school, the Van der Puttlyceum secondary school, in Woensel, North Eindhoven. In September 1974, the first students were admitted into the English stream of the Van der Puttlyceum.  In 1977 with an increase in student numbers, it was decided to teach all lessons in English.  In September 1978, the first graduation ceremony was held for students in the English stream.  The English stream was eventually renamed the International Secondary School Eindhoven (ISSE).  The ISSE later moved to Venetiestraat In North Eindhoven.

The International School Eindhoven officially started operation on the 1st January 2009. It falls under the umbrella organisation of the Stichting Internationaal en Lokaal Funderend Onderwijs (SILFO), an educational foundation with four sites. Three of the sites are Dutch national secondary schools serving the needs of the local community; these form the Stedelijk College Eindhoven. In September 2013 the school took up residence with the primary department at the current location on the Oirschotsedijk. The school is on a very large property in a green area of the city. The buildings are a Dutch historical monument, the Constant Rebecque Kazerne, an old army barracks.